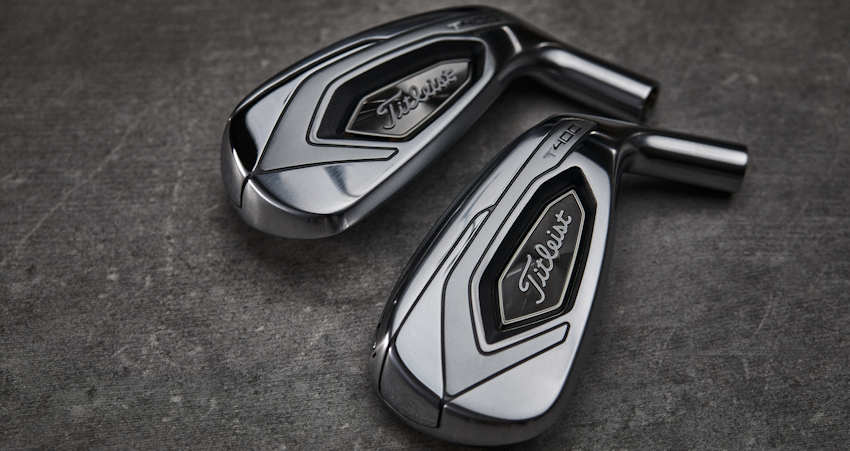 Distance, distance, distance. While unusual for Titleist to produce a game-improvement iron aimed at mid to high handicappers, they achieved their goal of creating additional yardage for player with average swing speed. The T400 line manages to produce a decent ball flight considering the extremely strong lofts. Initial tests show solid forgiveness on mishits and great ball speed – due in part to the strong lofts – and should be a solid performer at its price point.

Titleist has extended its T-Series family once again with the T400 iron line. The new line is available for fittings at Cool Clubs today.

Touted by Titleist as the “super distance” iron, the T400 line is designed to help players with moderate swing speed hit it further and maximize performance on every shot. Forgiveness is the key to the T400 line, helping launch off-center shots and mishits higher and further than previous Titleist irons thanks to a new wide-body shape, split-sole design, and what Titleist calls a “super thin” face construction.

It’s obvious distance was the main focus of the design of the T400 line, with the VP of Marketing for Titleist saying “this club is engineered to get the ball in the air and launch it as far as possible.”

Let’s take a look at the features according to Titleist:

The lower edge of the T400 clubface wraps around the sole, maintaining ball speed even when impact is made lower on the face.

Up to 100 grams of high-density tungsten is strategically integrated into the heel and toe of the 5, 6 and 7 irons to lower the center of gravity and launch the ball higher and further than previous iron iterations.

Titleist’s split sole preserves the performance benefits of its wide-body design, allowing this game-improvement iron to move through the turf like a blade.

Hollow construction allows weight to be moved where it can help players the most, delivering outstanding MOI for shots that fly further even when struck off-center.

The T400 iron line from Titleist is now available for fittings at your nearest Cool Clubs location. Click the button below.