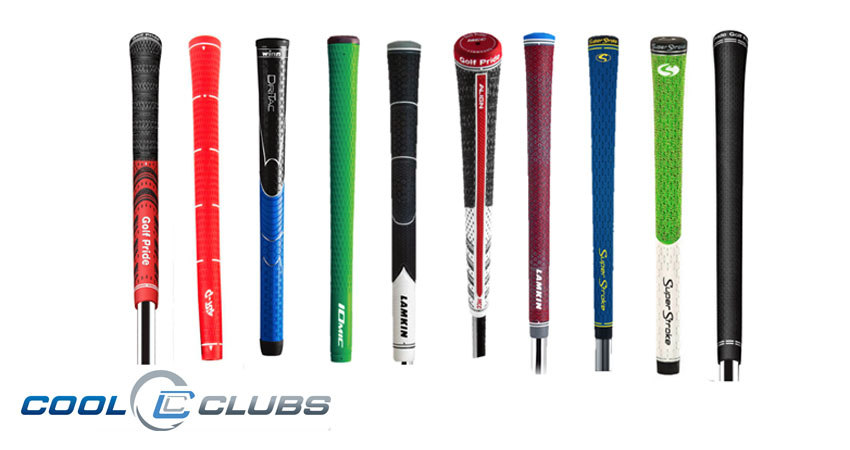 With all the recent mind-blowing technology added to the latest putters on the market, it’s easy to overlook a relatively low-tech component of the flat stick that might be adding strokes to your score. No, we’re not talking about low-torque graphite shafts, specialized milled faces or weighted inserts – at least not in this post. Here, we sit down with Cool Clubs master fitter John Singletary to talk about putter grips, how they affect your putting stroke and what grip might be the best fit for you in order to Play Better Golf.

Face Rotation is usually the main culprit of bad putts.

“After we fix any glaring setup and posture problems in your stance, the very next thing we look at is face rotation – which is the chief reason for missed putts,” said Singletary. “I would say 80 percent of people who come in for a putter fitting have too much face rotation in the backstroke. TOUR players will rarely open the face more than four degrees compared to most amateurs who will open upwards of 10 degrees. For many players, finding the right grip fixes face rotation with little change to their overall stroke.”

Why is limiting face rotation a huge factor in a good putting stroke? In a word: consistency.

Amateurs tend to activate their hands and forearms throughout the stroke which results in increased and often inconsistent face rotation. This impact is magnified on short putts (under seven feet) where the path and direction of the initial strike is crucial.

How does a different grip help reduce face rotation for a more consistent stroke?

“We’re looking at a couple different factors when we’re talking putter grips,” said Singletary. “The length of the putter impacts grip choices. Hand size can dictate which grip we suggest and the what the customer is currently playing also impacts decisions. If the player has big hands and a smaller grip, they will be more likely to over rotate the face during the stroke. If the grip is too big, it might make it more difficult to replicate a proper stroke because you lose a little bit of feel while holding the putter – which in turn affects distance control. We take all of that information into account during a fitting.”

Size and weight of potential putter grips make a huge impact according to Singletary.

“The bigger the grip, the heavier the grip, so the proper length of putter is important to counterbalance,” said Singletary. “If the putter is too short and you have larger hands with a big grip to match your hand size, you’re taking away the weight and feel of the putter as a whole and putting it into the grip at the top. That’s going to create a ton of inconsistencies in your stroke. Putting is hugely dependent on feel and there’s a number of different factors that go into dialing in your putter, but eliminating wide fluctuations by finding the right grip mitigates some of the inconsistencies from the get-go.”

Singletary mentioned flat-grip putters could help the vast majority of golfers because they give immediate feedback in the stroke.

“Technology within the grip improved significantly when we saw the first flat-grip putters,” said Singletary. “Traditional round grips create a higher potential for face rotation. Feeling that flatness will give you immediate feedback on face rotation, so when you’re warming up on the practice green, you can make pre-round changes instead of trying to figure out why you’re missing three-footers on the 14th green when money is on the line. Honestly, I think everyone could benefit from a flat putter grip.”

Data and camera feedback puts it all together.

“We utilize five cameras and capture mountains of data through TrackMan to really simplify the putting stroke,” said Singletary. “Sometimes can’t necessarily feel something until they see it on camera. Once they make that connection from their eyes to their hands, we’re in business.”