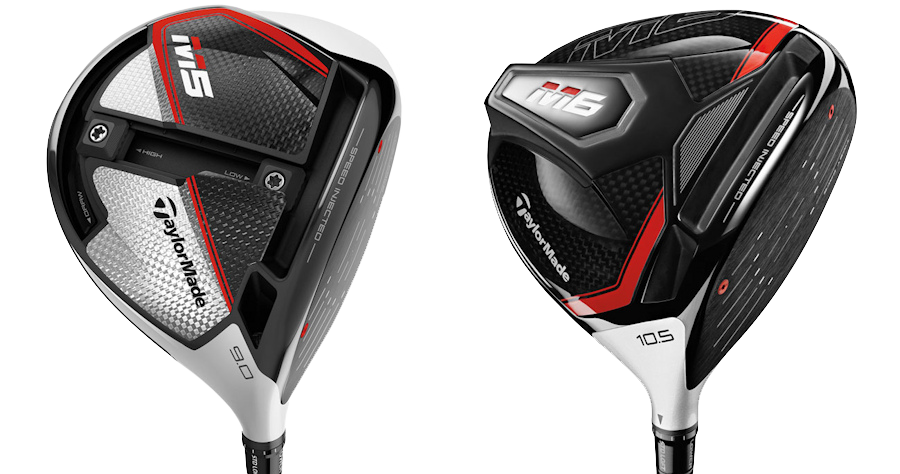 TaylorMade brings back the famous TwistFace technology for their newly released drivers, the M5 and M6, helping to provide golfers with straighter ball flight for those that tend to stray from the middle of the club head at impact. The M5 model provides various forms of adjustability for those golfers who need to fine tune their swing speed and reduce some spin. We’re seeing around a 2mph increase in swing speed when taking this driver to the test and so far, we’re impressed with those numbers!

As we await all the new product releases following the 2019 PGA Merchandise Show, TaylorMade surprised us with the unveiling of its new M5 and M6 drivers which were released on February 1st. Unlike any driver that has come before it, both the M5 and M6 driver models were designed to reach the very edge of maximum legal limit for spring-like effect. The M6 is even said to perform just like the TOUR-calibrated version of these models that you see Tiger Woods and Dustin Johnson playing at tournaments. In fact, all TaylorMade PGA TOUR ambassadors have now put the M5 or M6 drivers in their bags at the start of the 2019 season. This includes other TaylorMade ambassadors such as Jon Rahm, Rory McIlroy and Jason Day.

The clubs feature carbon composite crown and sole panel technology first seen in the M1/M2 drivers. The new crown design covers 10 percent more of the head than in past models while the driver face is now 20% thinner.

Do You Have a need for speed?

Frankly, who doesn’t want more speed and distance? Every M5/M6 driver head has been individually speed-injected to achieve the threshold of the maximum legal limit established by the USGA. You’ll notice the small red “plugs” on either side of the driver face where the resin was injected during the manufacturing process. These driver models were engineered to make everybody faster, according to TaylorMade.

Not only are these club heads speed-injected with a tuning resin during the manufacturing process (which maximizes ball speed and distance), TaylorMade has kept last year’s TwistFace technology found on the M3/M4 models. TwistFace helps provide more loft in the high toe and less loft in the low heel to produce more consistent spin in those two areas where golfers commonly mis-hit their drives. The goal is to move mis-hit drives back toward the centerline even if you mis-hit high right or low left on the club face.

Another significant feature of the M5 version of the driver is the added Inverse T-track which enables two 10g weights to be moved for optimal spin, trajectory and fade/draw bias depending on your individual preferences. To finish it off, both the M5 and M6 club heads were created with a new, more flexible Hammerhead slot that works along with the TwistFace. The 12-way adjustable hosel provides you with options for up to -2/+2 degrees of loft.