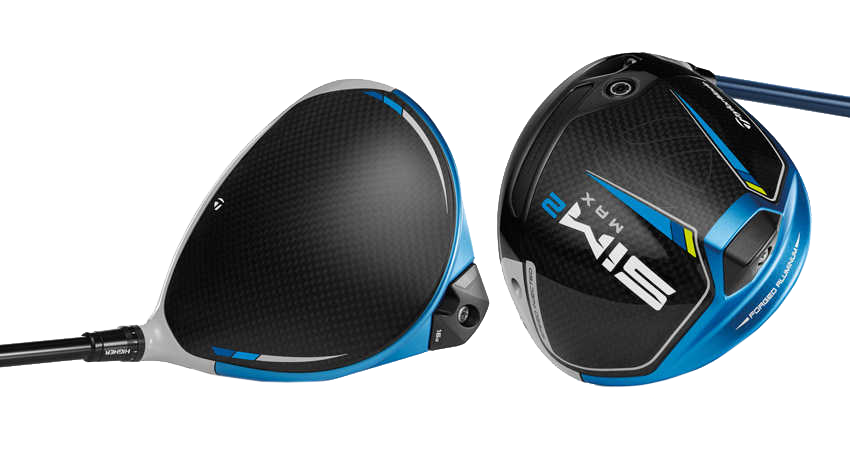 TaylorMade is back at it again with their new iteration of the ever-popular SIM – “Shape in Motion” – Driver line with the SIM2 now available for fittings at your nearest Cool Clubs location. TaylorMade claims to have completely rebuilt the driver from the ground up, and here we share some of the most noticeable changes from last year’s line as well as a few things they left alone.

First, those looking to upgrade from last year’s SIM should notice there is no longer a moveable weight at the back. TaylorMade elected to instead feature a larger, six-layer carbon crown (11 grams), redesign the sole (12 grams) – which is now a nine-layer piece made of carbon fiber as well – and elected to build the chassis using a forged aluminum ring instead of titanium as they did last year. Boiled down, TaylorMade shifted as much weight as possible to the front and the back of the club instead of the top and middle where it doesn’t do much for performance. And TaylorMade also added a Speed Pocket slot in the sole to keep ball speed high even on low-struck shots

The SIM2 drivers still boast and aerodynamic shape and TaylorMade’s Inertia Generator which allows air to move more efficiently during the downswing while pulling the center of gravity down to create higher launch angles. And, of course, the new SIM2 retains its Twist Face technology to help the ball move straighter off the tee.

Here are some of the features and benefits from TaylorMade on their SIM2 driver line:

RECONSTRUCTED SO YOU CAN SWING AWAY

First we reshaped the driver, then we reconstructed it. Completely rebuilding the driver from the ground up to give you both forgiveness and distance. Go ahead, the tee box is yours. Swing away.

Forged Ring Construction is the key to unlocking a new dimension of distance and optimal forgiveness with SIM2. Crafted from a lightweight and high strength aluminum that’s precision milled, it unites the critical components of the driver head into a singular force. Forming a driver built for forgiveness and power, designed to give you the confidence to take on any tee shot.

Building on the breakthrough performance of Shape In Motion, SIM2 features an all-new Inertia Generator formed by its 9-layer carbon sole. The lightweight panel is strategically angled to improve aerodynamics at the most critical phase of the swing for faster clubhead speeds.

We journeyed beyond tradition to bring you power, speed and forgiveness in a low spin driver. The reconstructed SIM2 delivers high MOI with a heavy 16g steel weight positioned on the Inertia Generator. The TPS Front Weight is strategically located to encourage optimal launch with low spin properties.

THE FACE OF SPEED & CONSISTENCY

The milled back face cup works in unison with a new toe-side Speed Injection Port to push ball speeds to the threshold of the maximum legal limit. The iconic Speed Pocket protects performance on shots struck low on the face, while Twist Face continues to help golfers find more fairways.

Forged from a lightweight and high strength aluminum that is milled to an exacting shape, Forged Ring Construction unites a massive rear weight, a full carbon sole, crown and a milled back cup face. Creating a confidence-inspiring driver designed for increased stability and forgiveness.

The asymmetric Inertia Generator is designed to provide faster club head speed through advanced geometry and aerodynamic analytics. A full lightweight carbon sole enables the redistribution of mass for a deeper CG and enhanced forgiveness.

Speed Injected Twist Face improves ball speed by calibrating each head to the threshold of the legal speed limit with corrective face curvature also protecting against heel and toe mis-hits.

Our most flexible Speed Pocket™ design is engineered to maximize ball speeds and produce additional forgiveness on low face strikes.

Featuring a TPS weight on the sole of the club and 16 grams of steel at the rear, this design element promotes enhanced forgiveness and spin properties while allowing for precise target swing weights during custom assembly.