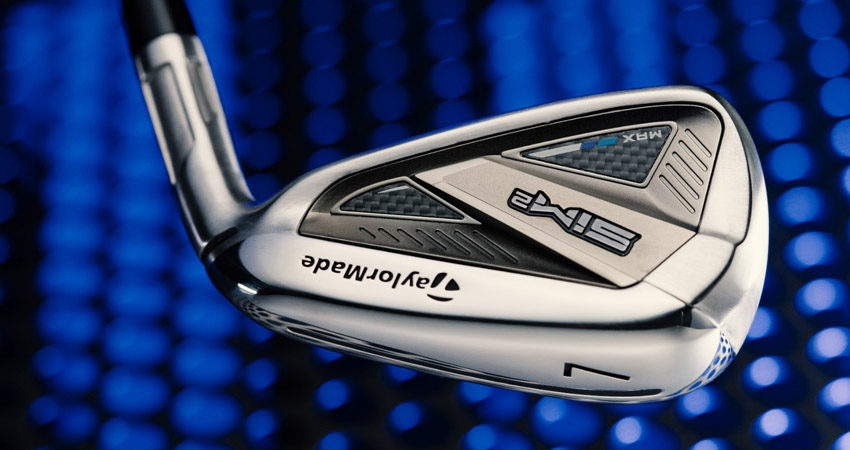 Firmly within the game-improvement segment, but still flashy enough to warrant attention are the SIM2 Max and SIM2 Max OS irons from TaylorMade – both now available at a Cool Clubs location near you. Let’s dive right into some of the notable takeaways from the new line.

TaylorMade made significant upgrades to their new SIM iron lines this year with the SIM2 to give mid-to-high handicappers a new weapon in the distance and forgivability game. And keeping with TaylorMade’s mission from just a year ago, the new SIM2 irons are meant to be a game-improvement iron that still flat-out crushes the golf ball with a forged-blade feel. Who said you can’t have it all?

TM uses their Cap Back Technology to achieve these results, building on the Speed Bridge and Thru Slot Speed Pocket from previous iron iterations as well as the SIM iron line from last year. The idea was to support the entire topline of the golf club from heel to toe with a lightweight polymer cap which creates more rigidity in the upper part of the face while adding more flexibility in the lower part of the face. The more flex, the more time the golf ball is on the face, the more kinetic energy passed into the ball.

Let’s talk sound. Specifically, the terrible, dead-clack sound normally associated with game-improvement irons. The SIM2 Max iron line retains and improves last year’s ECHO Damping System – which you might remember from the blindfolded test studies on TM commercials last year – and allows the SIM2 irons to sound more like a forged blade than something you’d find off the rack at a second-hand store.

The SIM2 irons wouldn’t be game-improvement without increasing forgiveness. Right? TaylorMade is claiming a larger and lower-shifted sweet spot on the face of the club which is said to catch nearly 30 percent more shots than last year’s SIM. Holy forgiveness, Batman! And if you need even more forgiveness – and just like last year – TM rolled out an OS version of the SIM2 irons with stronger lofts, a bigger clubface, wider sole and more offset than last year’s SIM.

Here are some of the features and benefits from TaylorMade:

Cap Back™ Design
Cap Back Design utilizes a revolutionary multi-material construction to support the entire topline from heel to toe. Crafted from a lightweight polymer, it provides stability within the topline and upper perimeter of the face to deliver improved sound and feel while working in conjunction with a reflexive Thru-Slot Speed Pocket™ in a design made to maximize face flexibility, ball speed and distance.

Fast Forgiving Face with Progressive ICT
The all-new SIM2 Max irons use a fast and forgiving face to give golfers more performance exactly where they need it. An expanded sweet spot has now been intelligently positioned to capture more shots across the club face. Designed to approach the threshold of the legal limit, the new face design is fast, flexible and supremely forgiving. Each face has been uniquely designed to position Inverted Cone Technology (ICT) for optimal forgiveness and minimize the common right miss.

Thru-Slot Speed Pocket™
This patented and proven TaylorMade technology is engineered to maximize face flexibility for increased ball speed and forgiveness on mishits low on the face.

Low Center of Gravity
An array of technologies, such as a fluted hosel, 360° undercut and an ultra-thin face, work in unison to deliver an ultra-low CG engineered to produce a high penetrating ball flight.