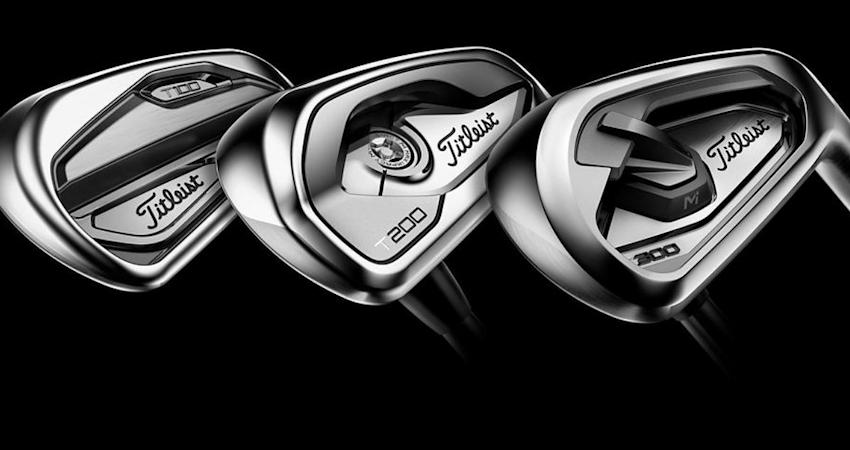 The newest iron lines from Titleist present an entirely unique approach to engineering delivering a balance of power and performance expected from one of the world’s leading golf equipment manufacturers. Coming in three different models (T100, T200, T300), the T-Series irons from Titleist are designed with tighter dispersion in mind with the goal of landing every shot closer. And, you can find them in stock now at Cool Clubs.

The new T-Series Irons are for players who know the difference between wishing you could and knowing you can. Whether it’s the TOUR-level shaping and feel of the T100, the powerfully playable distance of T200 and the forgiveness of the T300, the T-Series irons are designed to help discerning players at every level go lower than ever before.

Made with the TOUR player in mind, the T100 irons have fewer moving parts and a fully-forged construction creating a solid, consistently controllable golf club that delivers the exact performance the best players in the world demand.

During testing from Titleist, T100 series was observed to move faster and cleaner through the turf thanks to more camber and an improved, blended pre-wear design of the sole of the club.

The T200 irons feature Titleist’s Max Impact Technology, which is said to provide maximum speed from nearly any impact point on the face. And the unique polymer core developed in partnership with Titleist golf ball R&D allows for more repeatable distance with a precise sound and dampening qualities.

The chief difference between the T200 irons and the other T-Series irons is the amount of tungsten. The T200 series features an average of 90 grams in the mid to long irons – over a third of the overall clubhead weight which is strategically positioned on the hell and toe for better MOI.

Designed for maximum speed and forgiveness, the T300 Series features a longer blade length expertly balanced with tungsten weighting in the toe providing players more consistent performance where they need it most. The lively-sounding cavity back has also a thinner top line and less offset for a classic look, with a progressive profile so players can effortlessly transition from short irons to wedges.