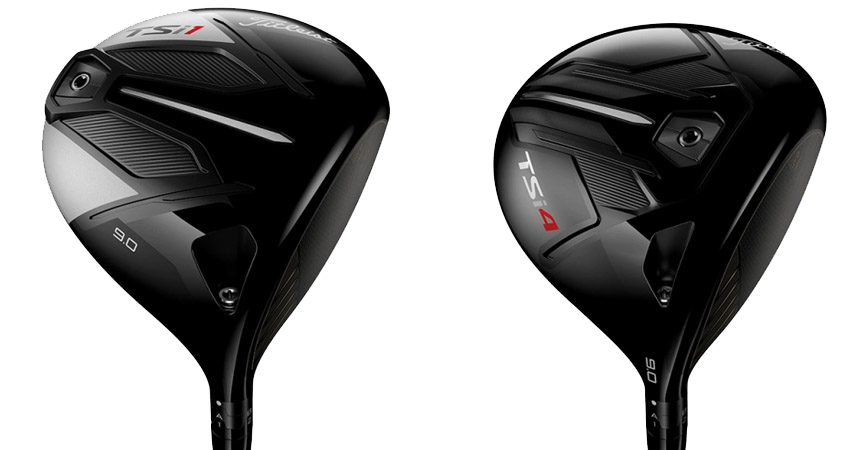 Titleist announced today the launch of their new driver alternatives – the TSi1 and TSi4, both of which feature the same tech as the TSi2 and TSi3 models including the ATI face and all-titanium construction. The new models, however, aim to reach a segment of golfers often overlooked by manufacturers – the low-to-moderate swing speed players. They aren’t for everybody, but the players who go home with a custom-fit TSi1 or TSi4 driver from Titleist after their Cool Clubs fitting should certainly begin to Play Better GolfSM.

If you’re one of the 30 percent of golfers with swing speeds under the 90mph mark, keep your eyes on this particular Titleist prize. The TSi1 is light – as in 40 grams lighter than the brand’s average driver – and aims to capitalize on increased clubhead speed to maximize ball speed off the tee. Yes, additional clubhead speed from a lighter driver correlates to increases in spin rate, but it’s extremely important to understand that spin rate, by itself, is not a catch-all enemy. Many low-swing-speed players are, frankly, tired of extremely low spin rates and the accompanying ball flight unpredictability. The TSi1 – at its core – is authentically Titleist with a traditional draw bias, conventional shape and purpose-driven design.

Taking a page out of the recent golf equipment history books, the TSi4 driver features a 430cc profile and unlike the TSi1 mentioned above, will help any player struggling with too much spin. Aerodynamic improvements, a higher launch angle and a more forward center of gravity helps high-spin-rate players find the highly coveted optimum spin rate that should help keep them in the fairway.

Why the different profile and niche market? Titleist VP of Marketing Josh Talge said it the best: “We believe in fitting.”

From us here at Cool Clubs – we wholeheartedly agree.

Here are some of the features and benefits from Titleist on their new TSi1 and TSi4 drivers.

Ultra-Lightweight Design
From clubhead to grip, TSi1 metals have been strategically engineered and weighted to deliver maximum launch and distance at moderate swing speeds.

Multi-Dimensional Stability
Players often equate “high MOI” with heel-to-toe forgiveness, but Titleist employs a more holistic approach to MOI design. The club’s inertia also delivers more speed and a tighter spin range up and down the face, freeing you to attack every drive.

Low, Forward CG
The Center of Gravity (CG) is the lowest and most forward in the TSi family of drivers to deliver less dynamic loft and less spin at impact.

Player-Tuned Aerodynamics & Sound
Improved shaping reduces drag up to 6 percent (versus prior generation TS4 model), allowing the club head to move faster through the air and deliver more power at impact for greater ball speed and distance.

Multi-Dimensional Stability
Players often equate “high MOI” with heel to toe forgiveness, but Titleist employs a more holistic approach to MOI design. The club’s inertia also delivers more speed and a tighter spin range up and down the face, freeing you to attack every drive.