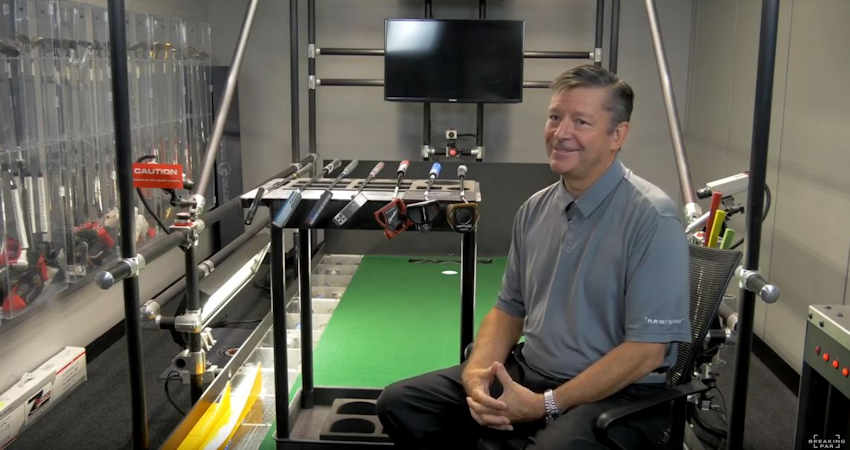 If your putts aren’t rolling in at the clip you’re used to, it very well might be you need a new flat stick. But with hundreds of choices from dozens of manufacturers and mountains of news and articles on the internet, heading to the store to find a new putter can be a daunting task. Have no fear. Cool Clubs CEO Mark Timms sat down with Breaking Par to provide a can’t-miss blueprint for finding your next putter. You’ll be rolling in birdie putts in no time.

Generally, there are a whole bunch of different putters, but at Cool Clubs we put them into three general categories: mallet, traditional and blades.

Mallet-style putters help players align the putt better, are generally much more forgiving and are built for putting strokes that are straight-back and straight-through. In general, they’re good for a lot of people – probably most people – and now they come in so many configurations they fit pretty much everybody. But you have to like it. You could be the best putter in the world, but if you don’t like it, it’s not going to be very friendly to you.

Typically, traditional putters are angled 45 degrees down. Most TOUR players actually putt inside-to-inside a little bit because they tend to putt around their body. The stroke tends to open and close the face a bit which matches with the stroke.

There aren’t many around anymore, but there are some people who still use blade putters. These are mainly for players who use their hands more, which we saw from some of the old TOUR players like Gentle Ben Crenshaw. More of an inside-out putting stroke.

So the question is, with hundreds of putters, how do you pick your putter.

“Try to get some idea of what you’re looking for and what your tendencies on the greens,” said Timms.
“What do you like the look of and what do you like the feel of? Instead of going to the store to pick up hundreds of putters, try to narrow it down to two or three you really like beforehand and spend an hour or so with them.

At the end of the day, the one that goes in the most is the right putter. Watch the video below on the Cool Clubs YouTube channel and decide for yourself.